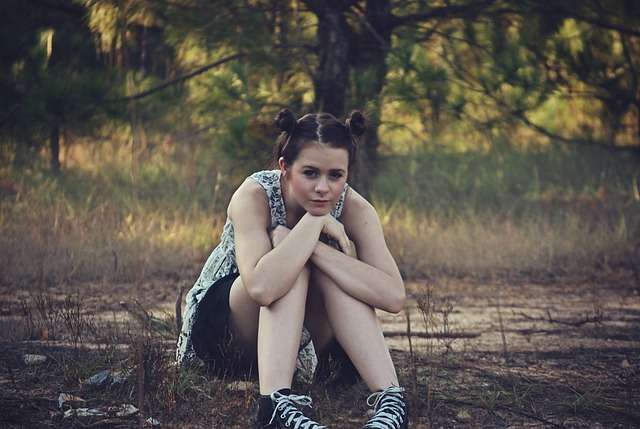 Getting Help For A Defiant Teenage Daughter: Five Ways To End Defiance

The teenage years bring about many hormonal changes for teenage girls. Parenting a teenager can often feel like a power struggle. When they exhibit defiant behavior, it can quickly become frustrating and cause you to want to react negatively. In the end, this will only worsen the situation and the relationship between you and your teen.  Getting help for a defiant teenage daughter at a residential treatment program may be the best option for your child. However, before taking that step, here are some ways you can work towards positive change in your teen’s defiant behavior.

Five Ways to End the Fight

Consider these five tips for empowering yourself to end the defiance in your home:

Solstice East is a residential treatment center for young women ages 14-18 struggling with behavior and emotional issues such as those that can stem from peer-relationship struggles. This program focuses on helping young women heal, recover, and integrate healthy habits into their lives. Students will learn to build healthy relationships, cope with emotions, and effectively communicate. Solstice East gives young women the skills and confidence they need to lead happy and healthy lives. We can help your family today!

What drives a rebellious teenage girl continues to elude parents all over the planet–but we may have gotten a step closer to understanding what drives teenage rebellion pretty recently. Brain scans give us a deeper look into how the adolescent brain functions, allowing us to further understand why certain teens turn towards disruptive behavior while others don’t.

You’ve probably heard of attention deficit hyperactivity disorder (ADHD) at some point since it affects more than 1 in 20 young people under the age of 18. A new study published in The Lancet Psychiatry found some interesting information concerning the brain and ADHD.

In the study, researchers looked at brain scans of over 1,700 individuals with ADHD and over 1,500 individuals without ADHD. The brain scans revealed that the brain volume of those with ADHD was lower than that of those without. Specifically, there was a large difference in the size of the amygdala–the section of the brain that has to do with emotions.

Some believe that this information will lead to faster and easier diagnoses along with a better understanding of how ADHD operates in the brain. ADHD can most certainly cause behaviors commonly perceived in a rebellious teenage girl, making this a significant find.

A new study published in Nature Communications may have discovered a new way to predict whether someone will be more prone to drug abuse or not.

The study included almost 150 adolescents who had never before taken drugs. They took those individuals and monitored their brains while they performed different tasks that could win them money–which were designed to light up the “reward” section of the brain.

It was found that individuals who had less brain activity towards getting a “cash” reward were more likely to turn to recreational drug use two years later.

While there’s still a lot of theory surrounding what this information means, researchers are optimistic that it may help in identifying more “vulnerable teenagers” and therefore allow parents to intervene before the issues even begin.

A rebellious teenage girl will often turn to drugs as a means of either coping with difficult emotions or rebelling against rules. A way of identifying if a teen is more likely to turn to drugs than others could be extremely helpful in intervention techniques.

Solstice East is a residential treatment center for girls, ages 14 to 18. Our girls often grapple with depression, low self-esteem, anxiety, trauma, ADHD, bullying, and other emotional or behavioral problems when they come to us. We strive to help students develop healthy habits and lead themselves back onto a path of success and happiness through meaningful therapy and a nurturing environment.

For more information about how we can help your rebellious teenage girl at Solstice East, please contact us at 828-484-9946.

What is authenticity? To Carl Rogers and Abraham Maslow, authenticity is about nature-fulfillment. It’s about being true to our intrinsic interests, innate strengths, and being self-determined. From the humanistic perspective, the more authenticity we have, the greater amount of compassion, altruism, and acceptance towards others we should show. According to a recent Psychology Today article, teaching authenticity to adolescents may be a way to curb teen anger.

The authenticity rooted in humanistic values has been shown to lead to less angry responses. In a study at the University of Leicester, researchers got individuals to partake in a computer scenario. The participants just had to press a button depending on a message that would appear on the screen–if they pressed a specific button during the time given, they could earn points that could be exchanged for money.

There was a twist, though.

Individuals were told they were competing against another person that could steal points from them. The scenario was supposed to mimic a real-life situation in which someone may take credit for another’s work. Unbeknownst to the participant, they were never actually playing another person. The researchers wanted to see if someone thought someone was stealing their points, they would begin to play the game in an aggressive way. To measure aggression, they told the participants that they could now steal points from the person stealing their points.

For participants that were considered very authentic, they had a lower chance of responding in an aggressive manner. They showed less punitive behavior and continued to work hard to get points themselves instead of stealing.

While this study doesn’t prove directly that authenticity inspires less teen anger, it does show that there’s a strong correlation. But how do you teach authenticity? There’s no formula for it, but we know what authenticity is, so maybe we can go from there.

Encouraging your child to try new things, even in the face of possible failure, is one way you can teach them authenticity. Teach them to be kind to others, even when they’re not kind to you. Teach them that hard work earns you success, not cutting corners and stealing. Teen anger is part of going through puberty, but for many people it follows them into adulthood. During these years, it’s important for us–as parents–to act as guides and help our children develop healthy habits as best we can.

Solstice East is a residential treatment center for girls, ages 14 to 18, grappling with depression, anxiety, trauma, teen anger, and other emotional or behavioral problems. We strive to help our girls develop healthy habits for teens and lead themselves back onto a path of success and happiness.

For more information about how Solstice East handles out of control teen anger, please call 828-484-9946.

Don’t Let Your Teen Bully You: Putting An End To Manipulative Teen Behavior

Most people hear about teens bullying other teens. But what happens when teens begin bullying their own parents? And why does this happen? If you have a manipulative teen on your hands, defending yourself can be rough at times. A manipulative teen can make you feel helpless and insecure about your parenting skills overall. Why should your teen be capable of bullying you? YOU are the parent after all!

Why do teens bully their parents?

Often, children who bully their parents believe their parents will put up with whatever behavior they throw their parents’ way. This is usually due to parents being too accommodating and permissive to their children’s’ behavior.

Why is this permissive behavior occurring? Some say it’s because the troubled childhoods parents had are coming back to haunt them.  One reason, according to Sean Grover LCSW, author of When Kids Call the Shots, parents are trying to rebel against the way they were raised by their own parents.

According to Grover, many parents who are bullied by their own children were once upon a time bullied by their own parents. Their own parents’ strict, harsh authoritarian parenting style inspired them to tell themselves that they would never treat their children the way their parents treated them. However, by giving teens too much freedom you may be allowing them to continue manipulative teen behaviors that should not be put up with.

More than “Being Difficult”: Oppositional Defiant Disorder in Teens

We all know the most common aspect of teenage girls: they’re difficult. Sometimes it is more than the common “difficult”, though. Oppositional defiant disorder in teens is characterized by frequent arguing, irritability, vindictiveness, anger, and defiance toward parents and other authority figures. If this sounds familiar, your daughter may need to be treated for oppositional defiant disorder in teens.

What is oppositional defiant disorder and how common is it?

From the US National Library of Medicine, oppositional defiant disorder in teens is “a pattern of disobedient, hostile, and defiant behavior toward authority figures.” The authority figures can be you–the parent–and teachers, other adults, etc. Consistent excessively hateful or uncooperative behavior is a serious concern that can affect parts of a teen’s academic, social, and family life.

Defiant and oppositional behavior is fairly common among young people, it’s what makes teenagers so difficult, but oppositional defiant disorder in teens is different. Some studies place the statistic at 1 to 20 percent of school age kids being affected by this disorder, but it is hard to pin down because of changing attitudes of what is considered “normal” behavior.

If you believe your child may be struggling with oppositional defiant disorder, it’s imperative to reach out for professional guidance. Ignored ODD can lead to many future complications in your child’s life and treating it as soon as possible will have the best effects.

Solstice East is a residential treatment center for girls, ages 14 to 18, grappling with anxiety, trauma, depression, oppositional defiant disorder, and other emotional or behavioral issues. We strive to help our girls lead themselves back onto a path of health and happiness.

Recent posts
Contact Us
We use cookies to ensure that we give you the best experience on our website. If you continue to use this site we will assume that you are happy with it.Ok