Programs for Troubled Teens for Families From Nevada

There is a reason why Solstice East is among the most successful programs for Nevada troubled teens in the country. We have a personal approach to every girl and a specifically designed therapy that helps them recover from various traumas, personal losses, and addictive behavior. We do that by covering every aspect of their being: the soul, the mind, and the body. We believe that only when all three aspects are in order, a person can achieve their full potential. That’s why our programs for troubled teens from Nevada works so well.

Solstice East helps teens working to overcome challenges, however we do not consider our teens “troubled”. We are only using that terminology here because of its common use. Students who attend Solstice East are not “troubled”, they are fully capable of overcoming the difficulties they face and are valued as community members. It’s important to us for students to believe in themselves and continue their journey towards personal growth and success. 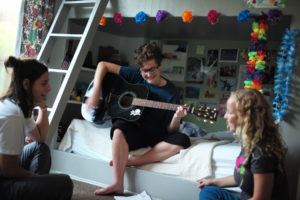 Family plays an important role in every girl’s life and is a crucial factor in helping them to get their lives in order. Lasting change can not occur without the support of family members.

We help teens find success through the archetypal Hero’s Journey. Hero’s Journey, contains multiple phases that slowly makes every student familiar with her new surroundings. With the help of Solstice East staff and the students’ families, every girl is certain to successfully finish tasks that each phase contains.

Several types of therapies, such as equine therapy, individual therapy, and group therapy, to name a few, are there to help with the Hero’s Journey and bring peace to student’s mind and soul.

Although not located in Nevada, Solstice East helps girls from all over the country.

We make sure that every student participates in recreational activities, eats healthy, and improves their fitness level. It’s a well-known fact that a healthy body and healthy mind are inseparable.

What Makes This Program Different From Other Programs for Troubled Teens from Nevada?

One of the aspects of our program that differentiates us from other programs for troubled teens from Nevada is our holistic approach. It’s no secret that, in order to be happy and fulfilled, your mind, soul, and body need to be taken care of. We brought this to a whole other level and designed our program to help our students work on improving every aspect of themselves, not just their specific challenge. 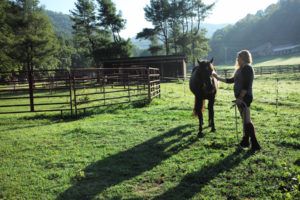 When a student from Nevada is admitted, her Hero’s Journey begins. We utilize the archetypal Hero’s Journey throughout our programming. The Hero’s Journey is divided into several phases, involving both students and parents.

The first part of the Hero’s Journey is known as the is orientation phase. During this phase,  students familiarize themselves with Solstice East. The orientation phase is followed by more complex phases in which the student gets to truly know and understand her inner self and battle her challenges. Finally, in the atonement phase, a student is victorious and her journey has ended. The return phase is her transition back home.

On her journey, a student from Nevada can count on numerous forms of support, such as individual and group therapies, experienced, hand-picked members of the staff, and her peers.

One of the most beneficial forms of therapy we offer is certainly our equine therapy programming. This form of therapy has been proven to positively impact Nevada teens struggling with trauma and other emotional or behavioral challenges

Who does Solstice East help?

Solstice East helps Nevada teens in a Programs for Troubled Teens setting who are struggling with issues similar to those below:
Healthy Children – Healthy Children is a website for parents seeking help for their kids. It is supported by over 66.000 pediatricians who are members of American Academy of Pediatrics (APA). The website offers a wide range of information about the physical and mental health of children and adolescents, including scientific research. The information comes from the most respected pediatricians in the country.
Journal of Adolescent and Family Health – The main goal of this website is to find relevant publications and present them to struggling teens and their parents. They make sure that every research regarding psychology, behavior, and health in general, is available for their readers in order to find about the best possible therapies and approaches to their specific problems.

Who does Solstice East help?

Some examples of cities from Nevada which may have families who may be interested in Solstice East include: Las Vegas Henderson Reno North Las Vegas Sparks Carson

Solstice East helps Nevada families from zip codes like these: